Having bought their first home together, new owners John and Carla wanted to turn their garden into their own little modern paradise on earth. This however, was not an easy mission as the garden was massively neglected. 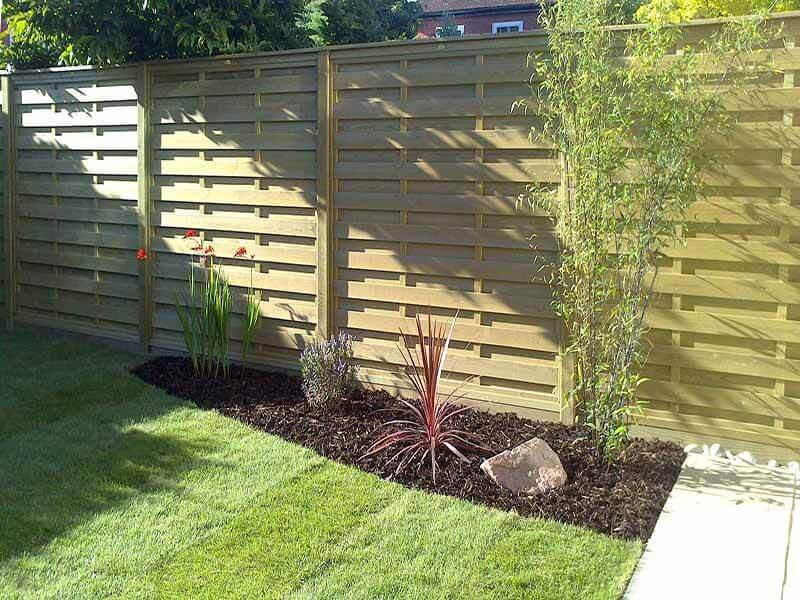 Starting from scratch Carla and John ripped out old dilapidated fence and removed all the junk left by previous owners. 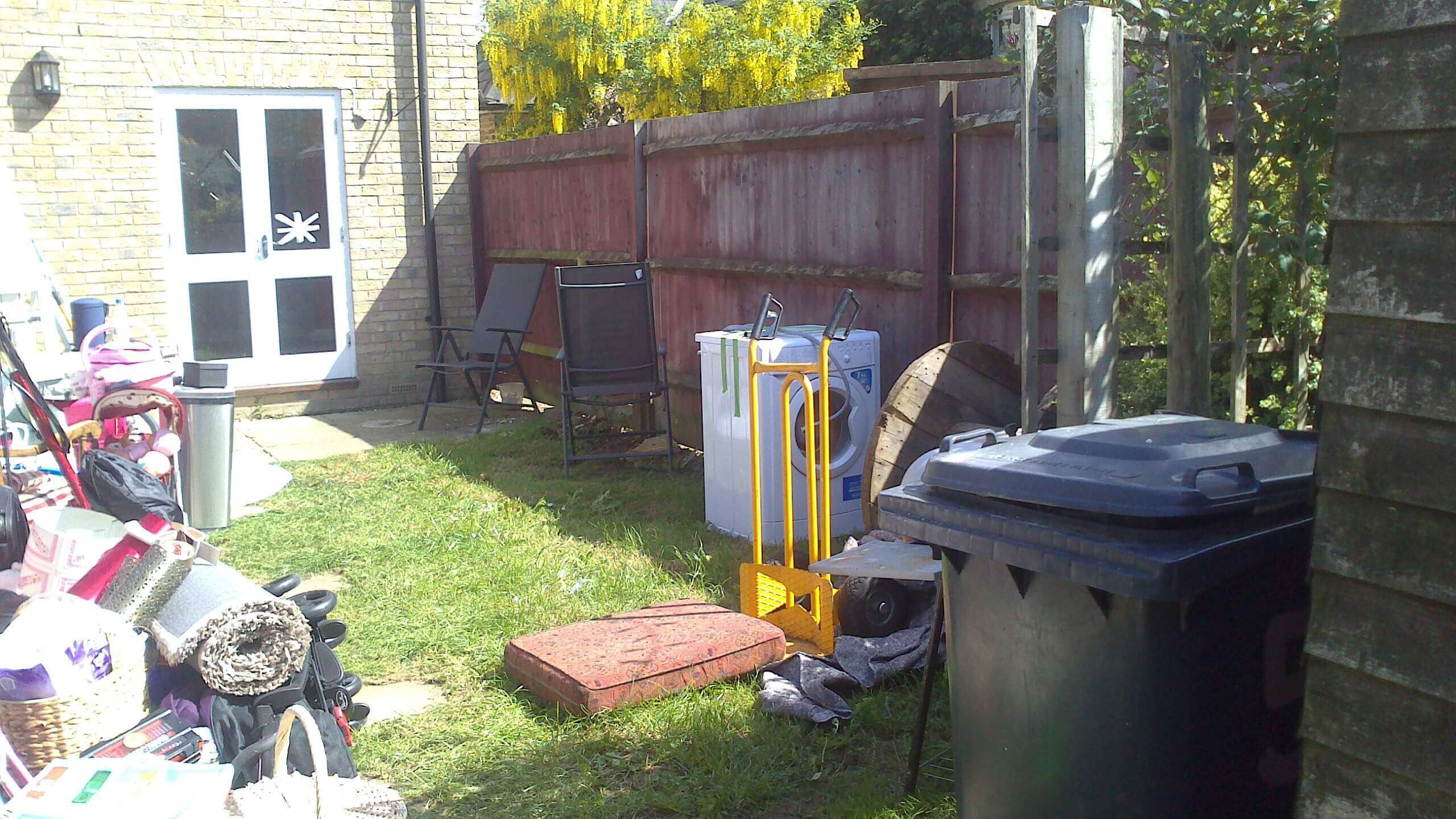 One crucial element that was important for these owners in their quest to create a paradise in their garden was that they needed a fence panel that wouldn’t act as barrier but as a beautiful modern feature to admire instead. Another factor that influenced their choice in fence panel was the fact running alongside their garden was a pubic right of way, so the fence line had to offer strong levels of privacy. 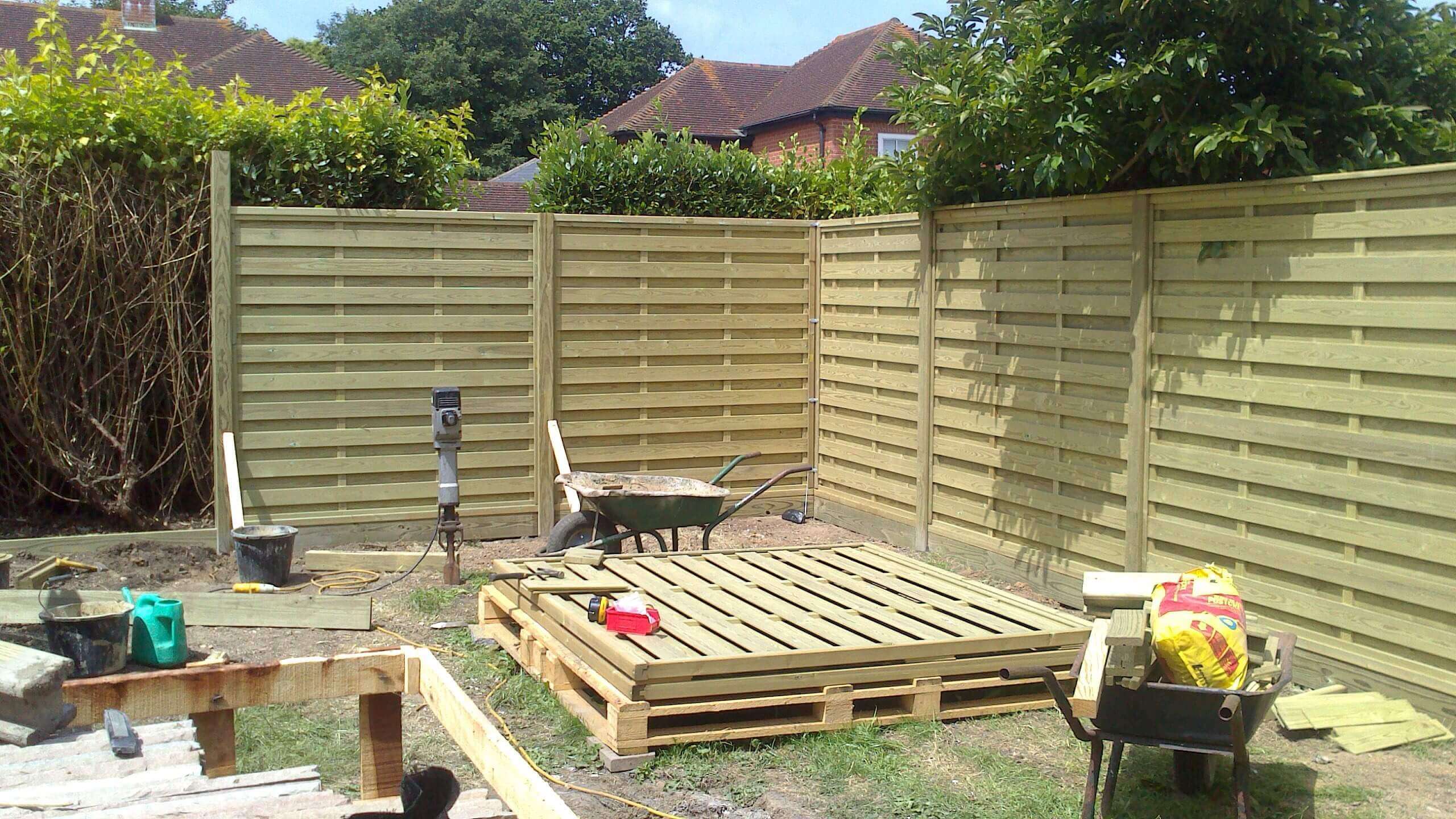 Opting for our Hit and Miss Horizontal fence panels and matching gate, part of our good both sides range the new garden paradise began to take shape. The panel gets its’ name due to the pales being alternatively fixed on the front and back of the panel creating a unique hit and miss pattern. As you can see from the image the panels showcase a strong and sturdy design with no rails at the back of the panel. 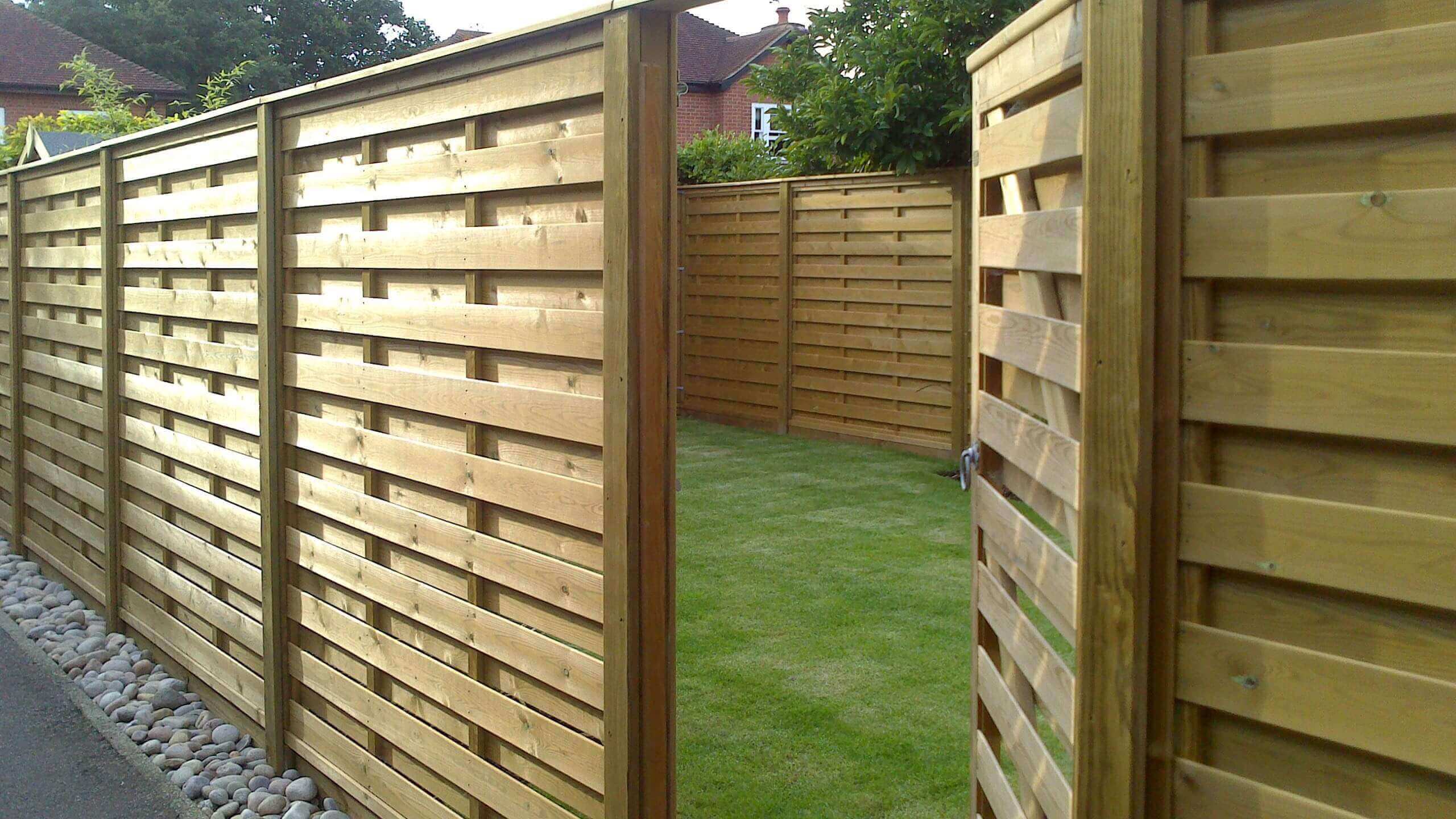 In keeping with their modern vision at the base of the panels the owners added white cobbles to fill the gully. Adding pebbles or stone to a garden, as this owner has, helps to create a manageable border between the grass and the fence line whilst adding natural enhanced beauty to the garden.

In completing the garden the owners were delighted to see the light able to pass through the horizontal pales within the panel creating interesting shadows within the garden. 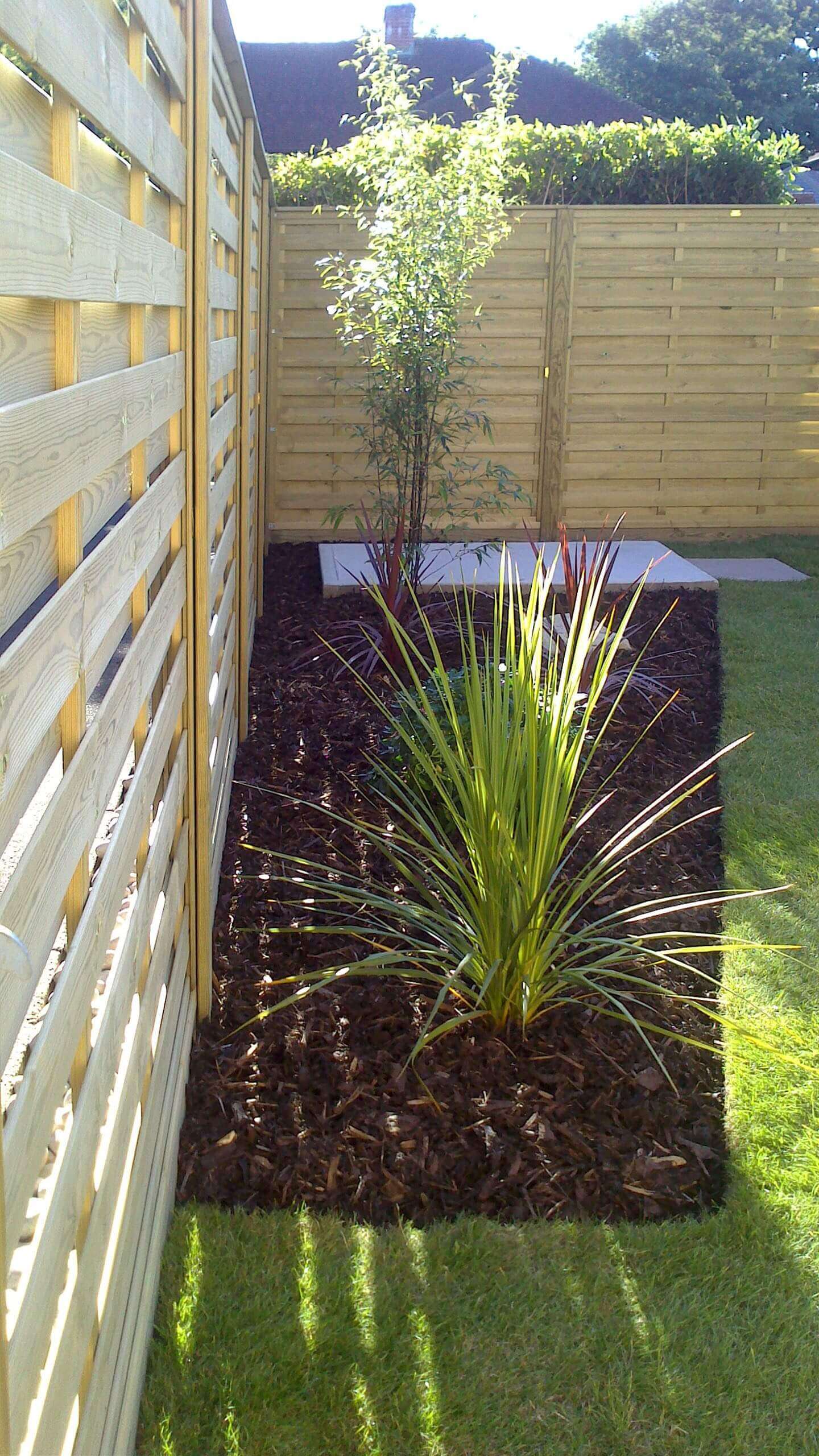 In completing the garden the owners were delighted to see the light able to pass through the horizontal pales within the panel creating interesting shadows within the garden.