Announcing the winner of the Jacksons RHS Hampton design competition

It's been a long journey but we are finally there, and the winner of the Jacksons RHS Hampton garden design competition is

It has been a very busy time since we came back after the Christmas break and time has seemed to fly by. The first quarter of the year is well and truly behind us, and now the next few months will be when the activity ‘hots up’ even more, as we have now chosen the winning entry for the Jacksons show garden for the RHS Hampton Court Flower Show.

If you have been following news of the competition, you will know judging day was in early of March at Jacksons HQ, as the other judges and I began a day of scrutinising and marvelling at the wealth of ideas presented to us in the competition entries. You can see here just some of them spread out on the table before we began the process of elimination, to end up with a short list of ‘definite maybes’.

We whittled the selection down eventually to the top five and then miraculously we were unanimous in choosing the winner.

Since then, the winning design had to go to a special RHS panel of experts who have to give their opinion of its suitability as a show garden design for Hampton.  Time has also been taken up by me emailing everyone who entered a design for consideration. I let them know personally they haven’t won and some reasons why.  This is time consuming, but so is entering the competition for the designers who spend a lot of time, trouble, effort and hard work on getting their entries to us. 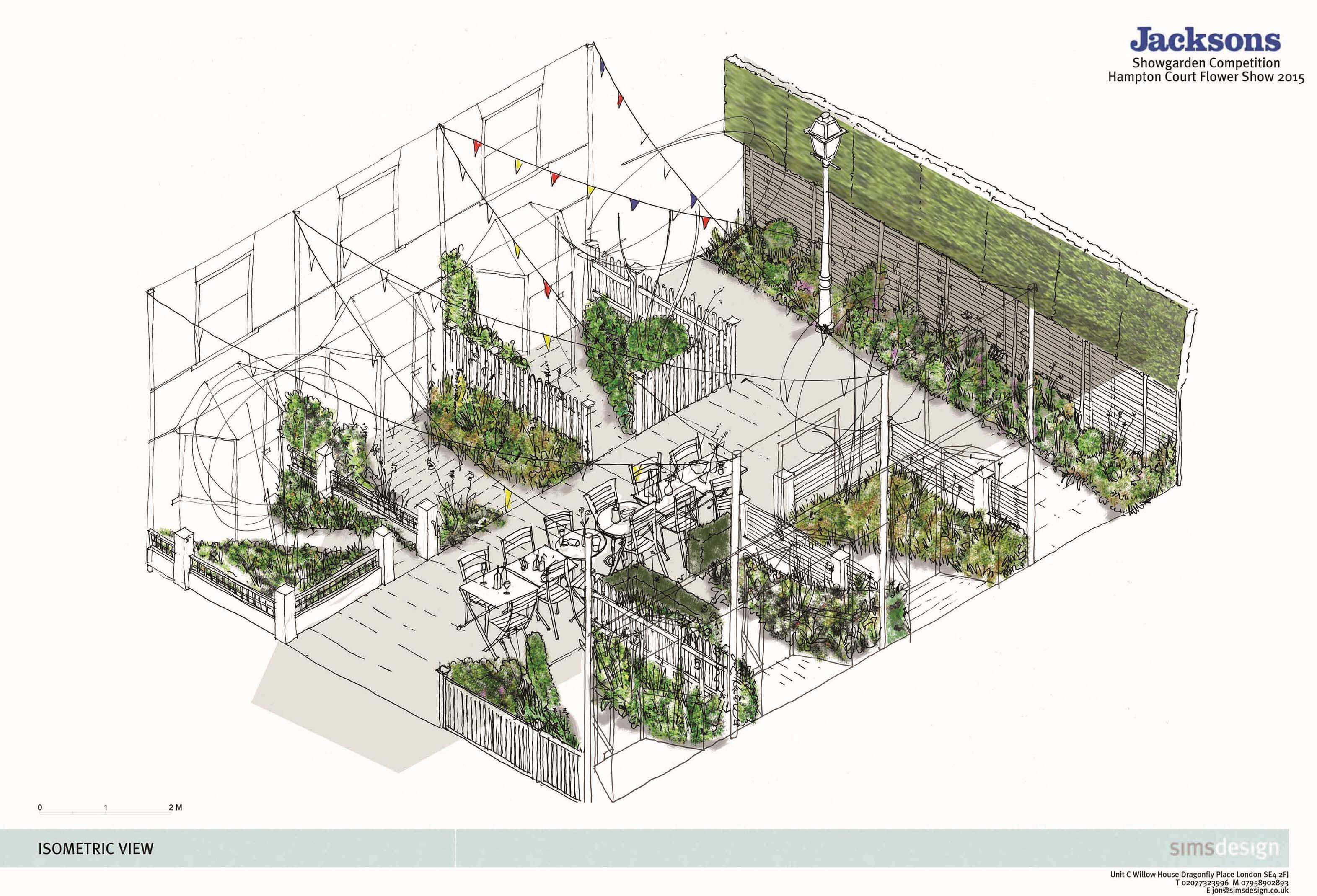 So I am delighted to announce the winner is Jon Sims with his design: Jacksons Secret Garden Party. It was one of the most unusual show garden ideas we’d seen all day; it seemed to cover a lot of the requirements of the quite loose brief we supplied.  One of the things I particularly liked was the interactive aspect of the design and that it didn’t feel too elitist, or should I say unrealistic?

In short, it is a show garden that has elements that everyday people like you and I can very easily relate to. I am already excited by imagining how it’s going to look in the location that has been picked for our show garden at RHS Hampton Court. I can’t wait.

Congratulations Jon Sims - I am looking forward to working with you as we start the journey on the road to building the garden at RHS Hampton Court.

Here’s what Jon had to say, ”What a delightful surprise to get the call from Louise. I knew the design ticked a lot of boxes and was something I had not seen at a show before, so I had a good feeling about it, but to win, that is a real treat. I am really looking forward to developing the design with the Jacksons team.”

Once again, I would like to extend Jacksons, and my thanks to the judges: Philippa O’Brien and Paul Hensey of the SGD and Dave Green of the RHS, who have given their very valuable time to this project. And also very many thanks to all the garden designers who have put in so much hard work, in to the many amazing entries we had. 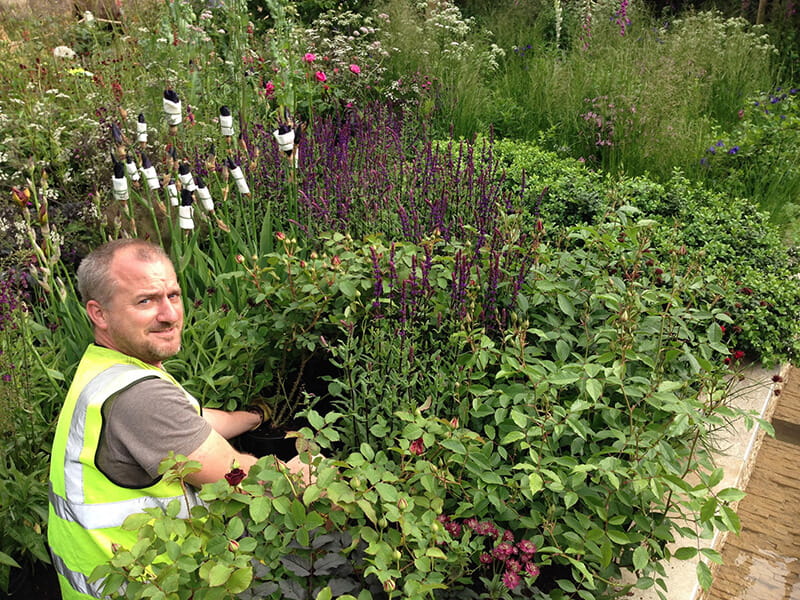 We will be posting a list of the runners up a little later, once I have their permission to do so and you will have an idea of just how tricky the task of judging the competition was.