What type of nails do I need for my fence?

What type of nails do I need for my fence?

When you’ve spent time and money choosing and installing your dream garden fence, the last thing you want is for it to fail or look unsightly due to nails not holding or going rusty making them weak. To help avoid this happening, this blog will answer some common questions about what nails are used for fencing and why. We’ll discuss the different materials and nail finishes, what the various types of nails are such as plain wire and ring shank and when to use them, and how rust can ruin your fencing.

How rust can damage your fence

As you can see from the picture, this fence has been put together using low quality nails that have gone rusty and leaked rust down the fence. Rust is when iron (a compound of steel) reacts with oxygen and water. As fences are installed outside, they are guaranteed to come into contact with both, making them highly susceptible to rust. Fences in gardens near the sea are even more prone to rust, as the salt in the sea air accelerates the oxidisation process. 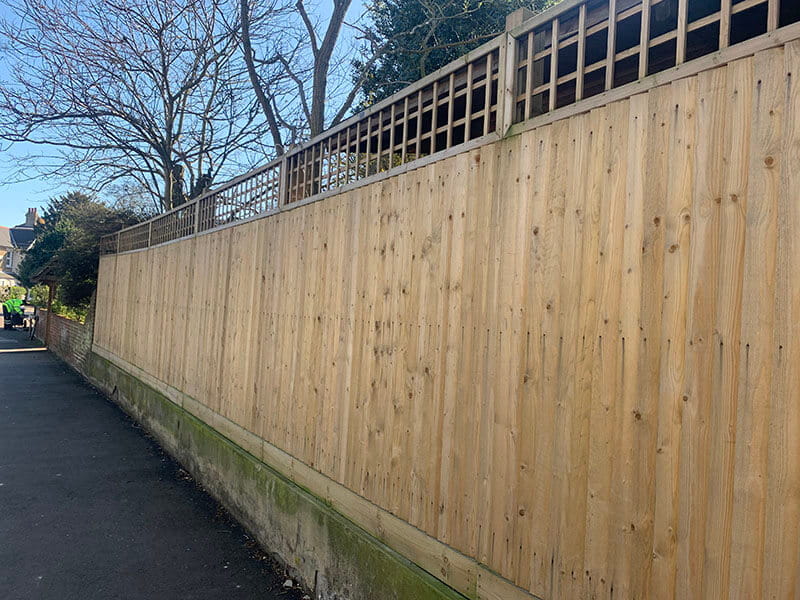 Rust on a fence has an ugly appearance. It produces an orangey brown substance which stains the wood as it bleeds down the fence. Not only does rust look bad, it also damages the integrity of the timber so that it will eventually splinter and break down, loosening nails and forcing them to fall out until the fence finally falls apart. Rust causes varying degrees of damage depending on the levels of oxide in the metal and will affect any treated or non-treated timber fence. While our fences are resistant to rot and insect attack, timber cannot be protected against rust, which is why it is so important to use high quality galvanised or stainless steel nails. If poor quality nails are used during the installation of your fence, this will affect your guarantee if it becomes damaged as a result of rust.

What’s the difference between a bright, galvanised or stainless steel nail?

Bright nails have no surface coating, and are very susceptible to rust and corrosion, so they should never be used for fencing or where they will be exposed to the elements. Bright nails should only be used for internal interior projects.

Galvanised steel is regular steel that has been hot dip coated in zinc to make it corrosion resistant. The zinc layer creates a barrier between the metal and the surrounding environment, including water. Galvanised steel is a cheaper alternative to stainless steel and is suitable for use with pressure treated timber. Galvanised nails can become clogged during the hot dipping process, making it difficult to create a detailed surface; therefore galvanised nails are usually smooth rather than textured. We offer premium galvanised round wire nails in a variety of gauges and lengths suitable for many fencing applications. 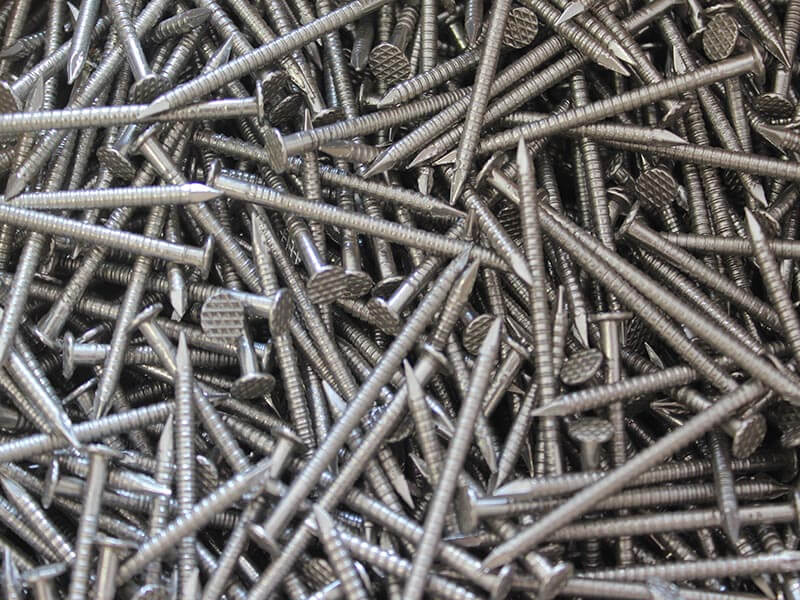 What’s the difference between round wire and ring shank nails?

As the name suggests, ring shank nails have ridges or spirals which can increase the holding power substantially. The ridges grip into the wood, providing friction which helps to prevent the nail from loosening or falling out over time.

Round wire nails have an almost smooth shank which allows them to drive into the wood more easily. They provide strength and are generally used in areas that will not be seen. 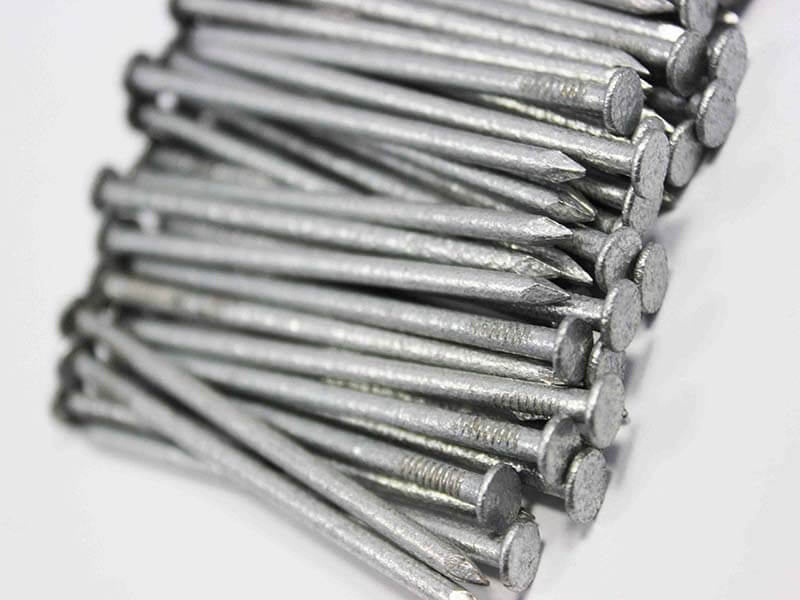 What size nails do I need?

The size of the nail depends on the application, but here are some general guidelines of when you might need different size/type nails when installing fencing and garden landscaping products. 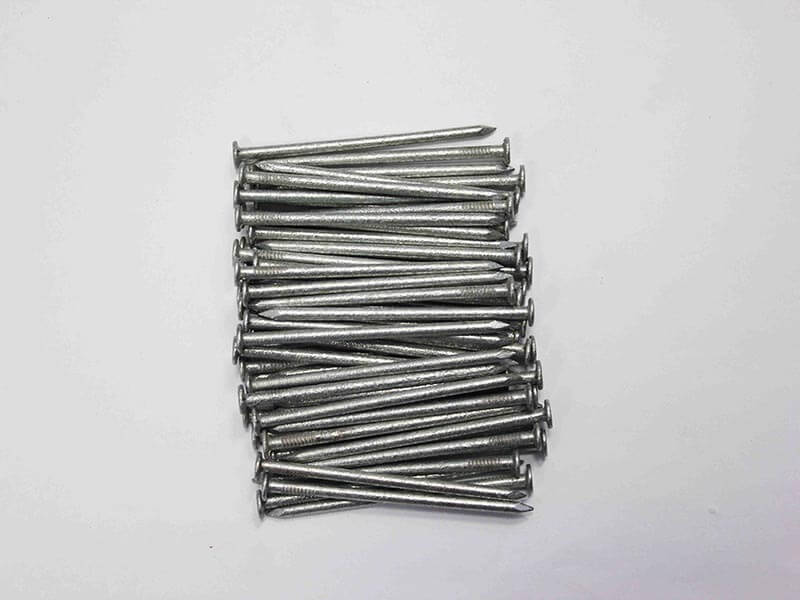 100mm galvanised round wire nails:
• Used in our Post and Rail (Nailed) for nailing rails to posts
• Used for attaching rails to posts in our Kissing Gates
• Used within our Chestnut fencing system.