Pushing The Boundaries Of Picket Fencing

Traditional picket fencing is ideal for challenging terrains such as steep slopes and rural landscapes due to the way it can be installed.

In 1690, the term ‘picket’ originated from the French word ‘piquet’, meaning ‘to pierce’, providing the name for the popular pointed fences traditionally seen around front gardens. Today, circular shapes are apparent in lots of garden designs, creating the need for a rounded picket fence that adds gentle curves to a boundary.

We adopted the name ‘palisade fencing’ for our styles of picket fencing – incorporating a modern rounded style, as well as timeless pointed pale options. Each style (rounded or pointed pales) is available in two different types; traditional kit-form fencing which is built on site from rails, posts and pales, great if you need to build a fence on a slope, and panel-form; readymade fence panels that slide easily into our slotted posts (Jakposts). Panel-form picket fencing is easy to install, and offers a simple solution for a front garden fence, dedicated pet zone (like dog fencing), or to create separate partitions within the garden on level ground. 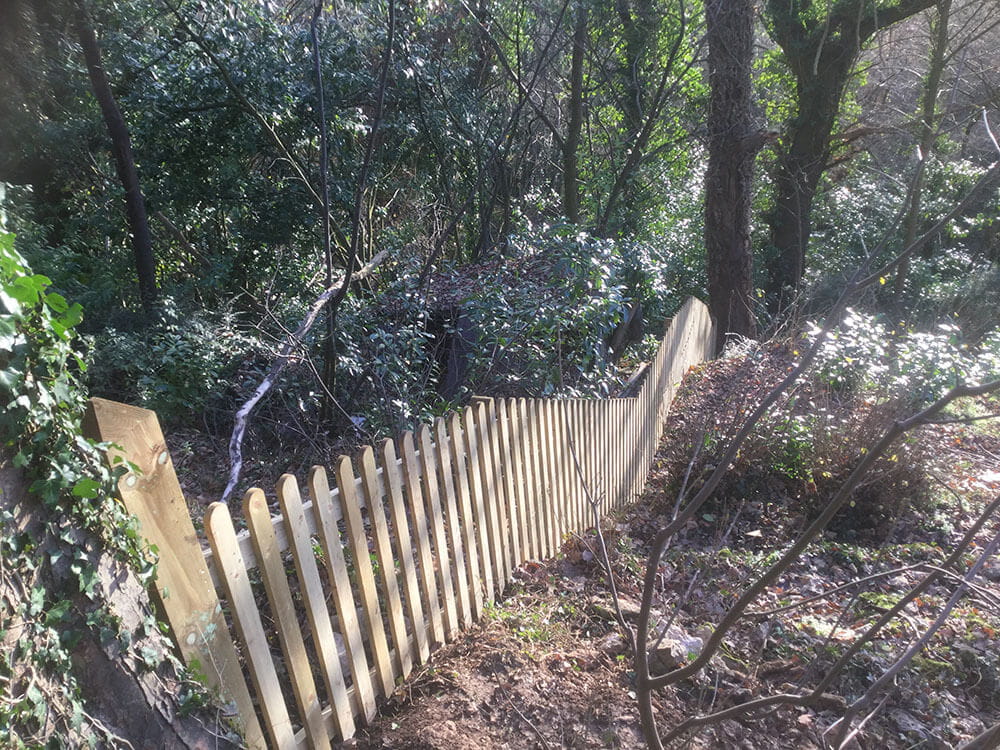 Traditional picket fencing has many benefits and is sometimes necessary in areas where specific lengths of fencing are required, or if the fence is being installed on sloping ground location. Due to its kit-form construction, there is complete control over the way the fence is formed – pales can be spaced differently, or raked to accommodate uneven terrain, so if you’re considering installing fence panels on a slope these are a great option.

One of our Approved Installers, 1st Aid 4 Fencing understood the advantages of using traditional fencing when faced with the tricky task of installing a run of fencing in a very steep, rural area in order to create a new boundary.

After being recommended our fencing for its versatility and extensive timber treatment guarantee, the customer opted for our traditional palisade fencing with rounded pales to cover the 130 metre expanse. Due to the rural, wooded location and the ground being more frequently damp, there was an increased risk of rot, so high quality fencing with an extended guarantee was essential. 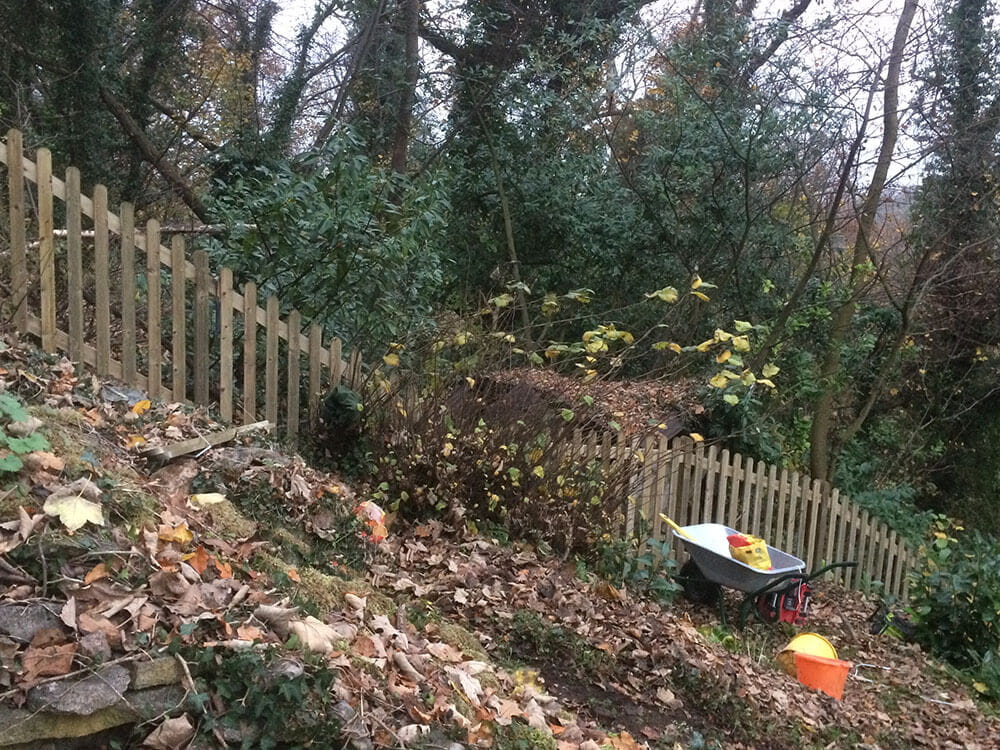 The Approved Installer team worked with determination to install the fencing on a hill that was almost vertical in places. Angling the rails through morticed posts, they managed to keep the pales upright, creating a neat and attractive fence line that flows smoothly down the steep ground. 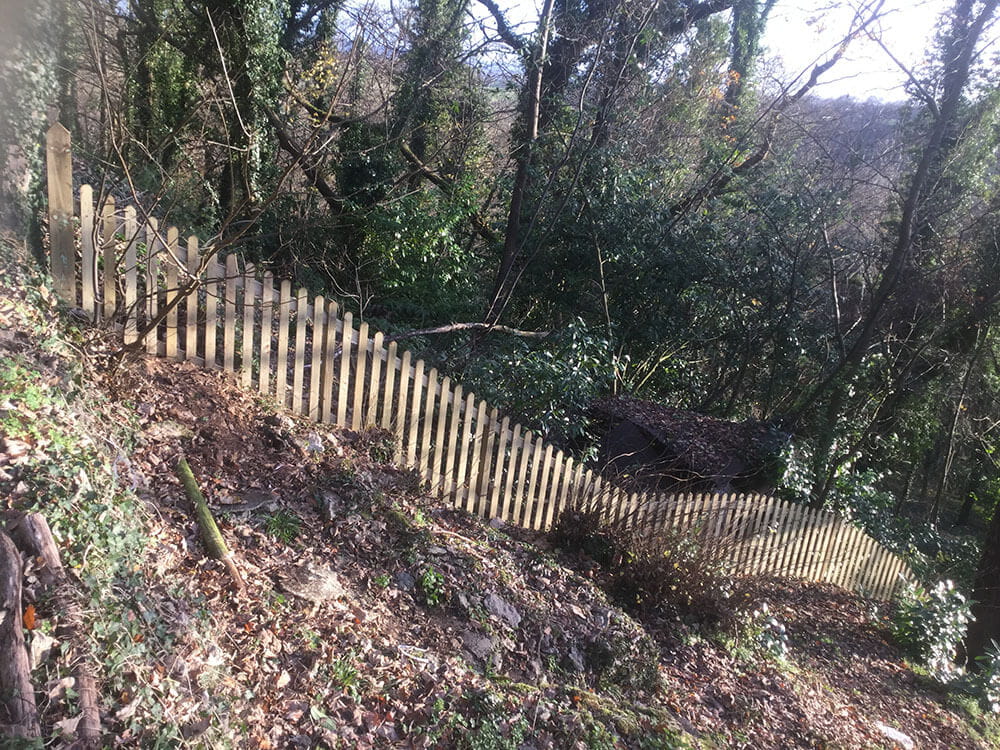 In addition to the fencing, they installed two custom morticed gate posts and a gate to create an access point that worked with the terrain.

As well as separating the two properties, the new fence runs along the edge of a footpath at the bottom of the garden, deterring trespassers onto the private land. According to the client, the fence received multiple positive comments! 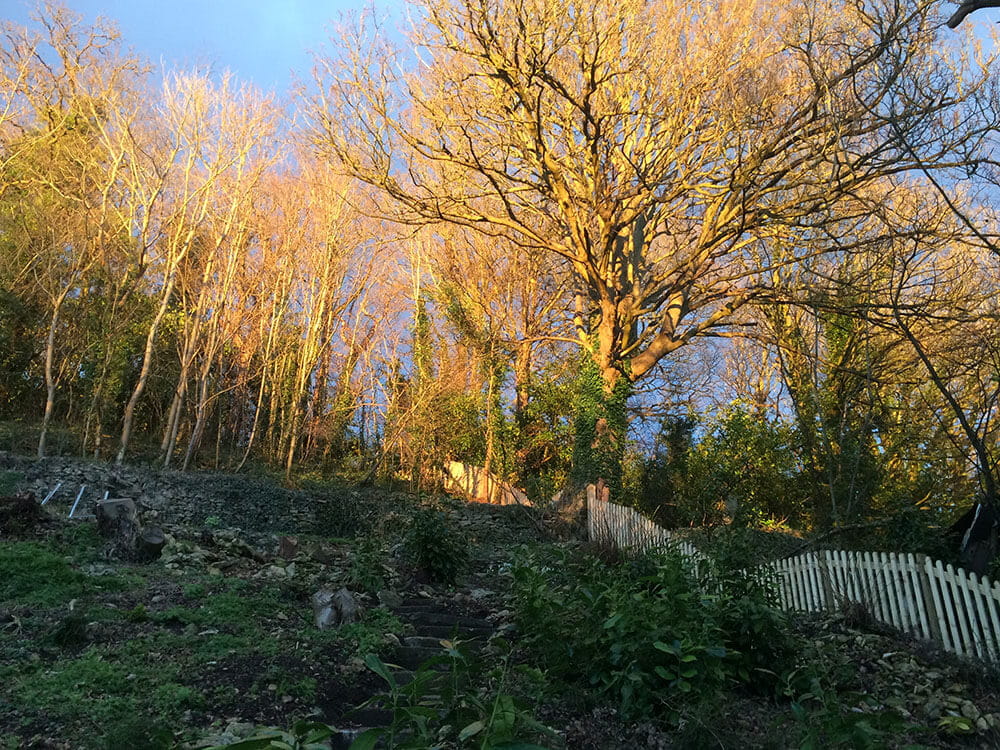