Earthstone Landscapes, one of our Approved Installers, recently completed a courtyard garden renovation at a listed Elizabethan house in the historic town of Sandwich in Kent using Jacksons Fencing products.

The historic town of Sandwich in Kent, famous for naming the familiar lunchbox staple, and home to two world-class golf courses, Royal St George’s and Prince’s, has a small population of just under 5000 people.

Originally one of the Cinque Ports, the town is in a conservation area on the River Stour, and contains many listed and medieval buildings, meaning that garden renovation can be a lengthy process. For one couple, transforming the courtyard garden of their quaint Elizabethan listed property involved an 18 month planning permission journey, to ensure any changes were in keeping with the town.

The clients contacted one of our Approved Installers, Earthstone Landscapes to come up with a garden design. Part of the plan included replacing the back wall and gate that had fallen into disrepair. Due to the narrow streets and absence of driveways in the town, many of the residents have to park in the nearby car parks, so the clients decided that as part of their garden design, they would create a functional space that acted as a patio in the summer and a driveway in the winter. Darren, Deputy Sales Manager at Jacksons Fencing showed them the different options for driveway gates, which led them to choose a double leaf Rye Courtyard Gate. 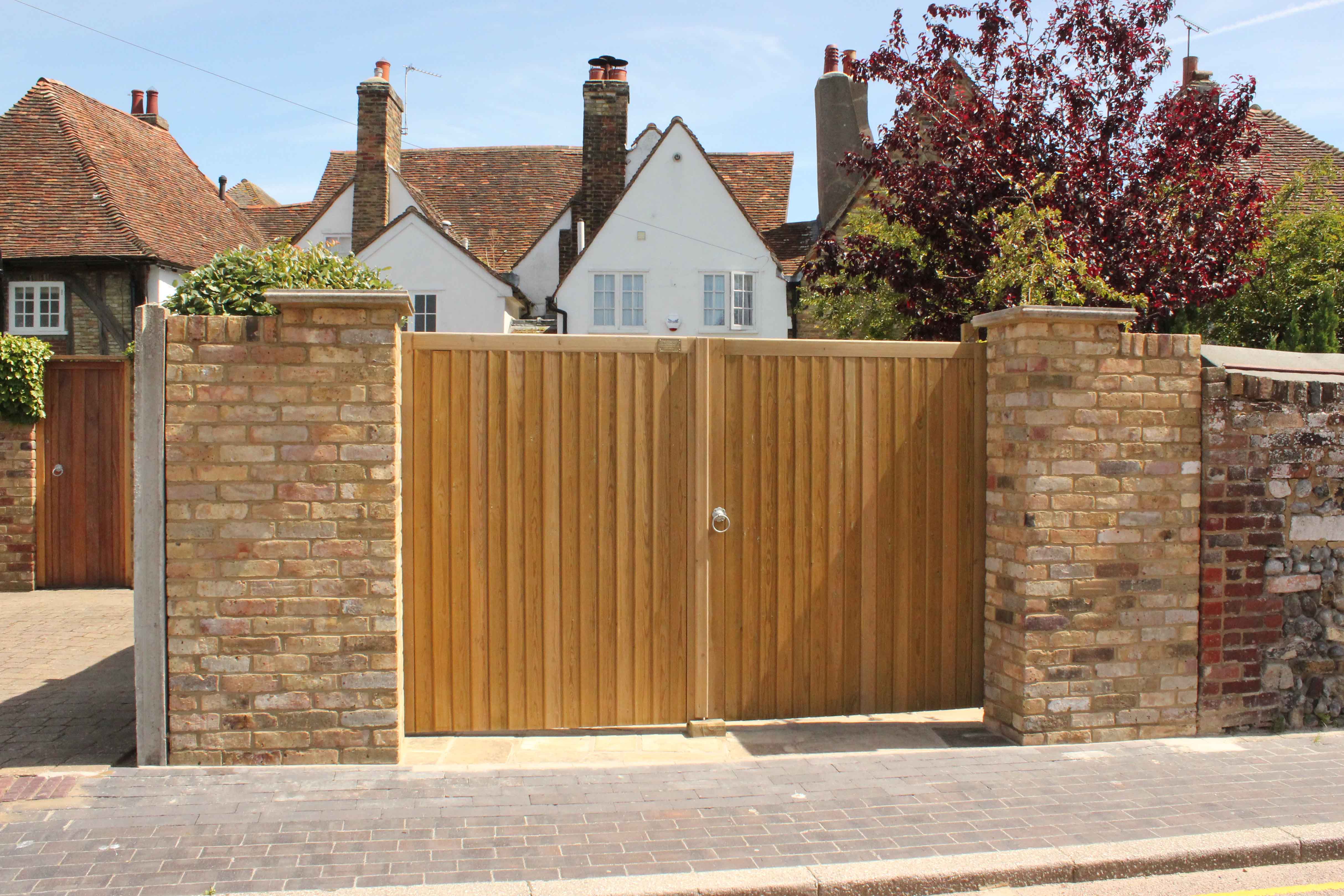 Rye Courtyard Gates have a flat top, and are timber clad on both sides with a tongue and groove effect design which looks the same on both sides. The flat top of the gate has a simple look that creates elegant straight lines, fitting with the symmetrical aspects of the garden.

Within the garden, the client wanted to include lots of flowers to attract bees and butterflies. Alison from Earthstone Landscapes had incorporated a raised bed structure into the design, with a colour palette of mauves, pinks and purples. The raised beds were built with our Jakwall retaining wall system, which uses TimberLok screws to easily build retaining walls and raised beds without the need for foundations.

During the excavation process, the Approved Installer found many Victorian relicts, including beer bottles from an old local brewery, oyster shells, and clay pipes and pots. To pay tribute to the findings, the customers decided to bury a time capsule of their own underneath the central Yorkstone slab in the patio area, so similar discoveries can be made in the future. 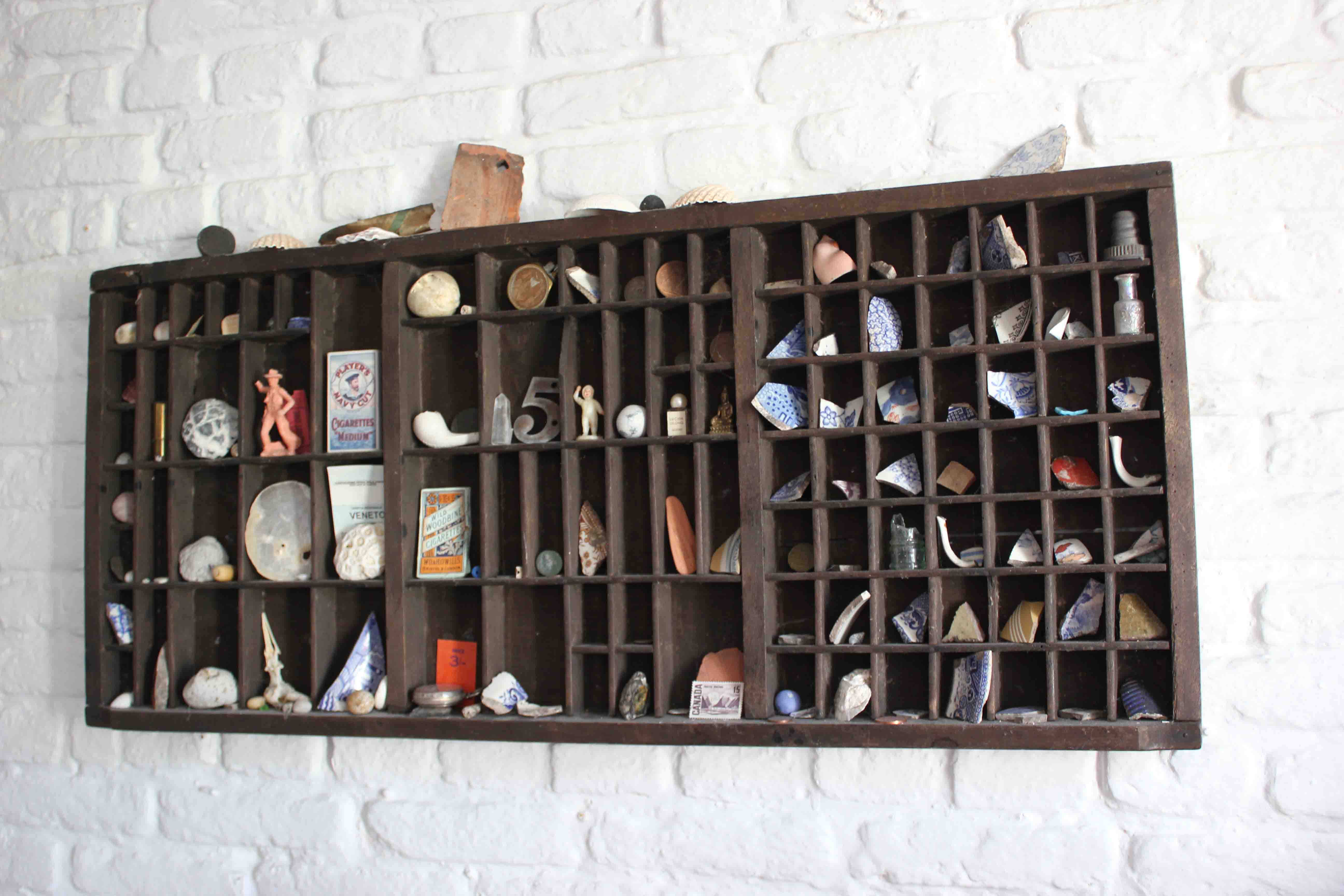 Due to planning restrictions, the customers were not allowed to attach fencing to the low flint walls, so to increase privacy, the clients chose to install two Heavy Duty Square Posts, with vine eyes and steel wire attached for training five young Hornbeams to grow a green screen. 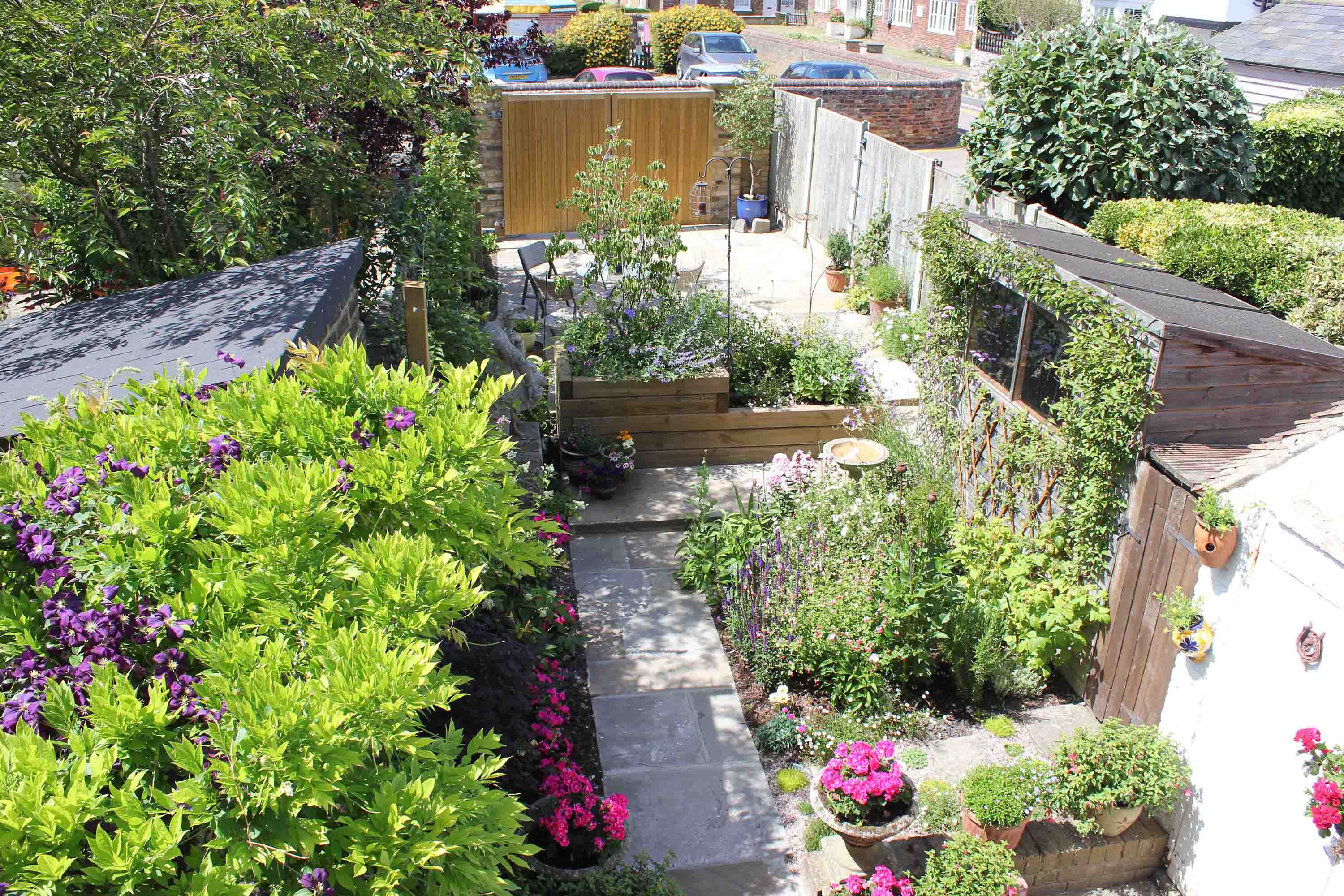 To satisfy planning permission, the garden had to be levelled in a way that ensured no waste water or rainfall would escape into the street, so Ian from Earthstone Landscapes worked meticulously to correct the ground level, and lay reclaimed Yorkstone paving to create the beautiful patio/driveway area. 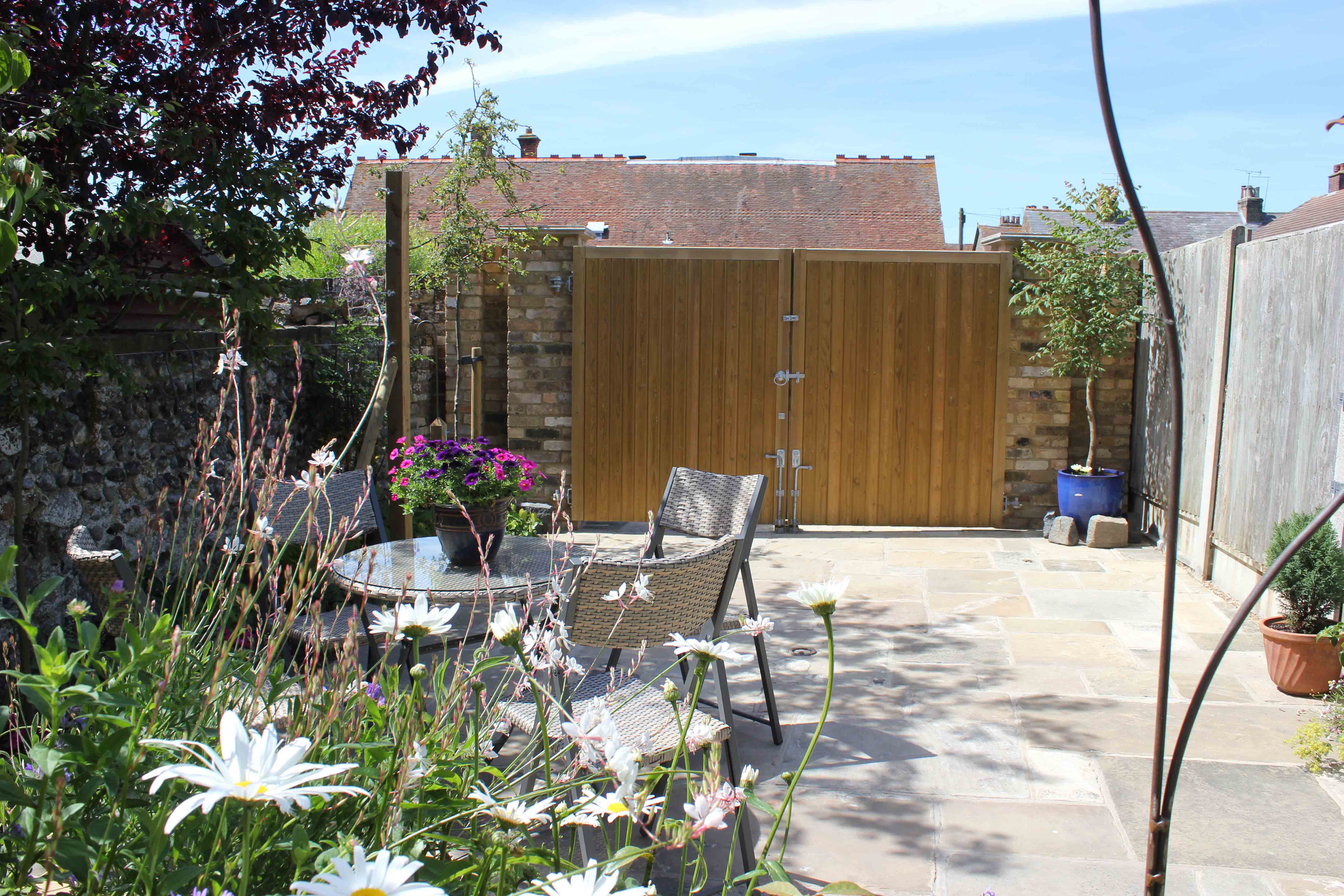 The clients are extremely happy with their garden which has bloomed in the sun, and could not thank the Approved Installer enough for the work they did to transform their garden. With their timber products guaranteed for 25 years, they will be able to enjoy their garden for years to come. 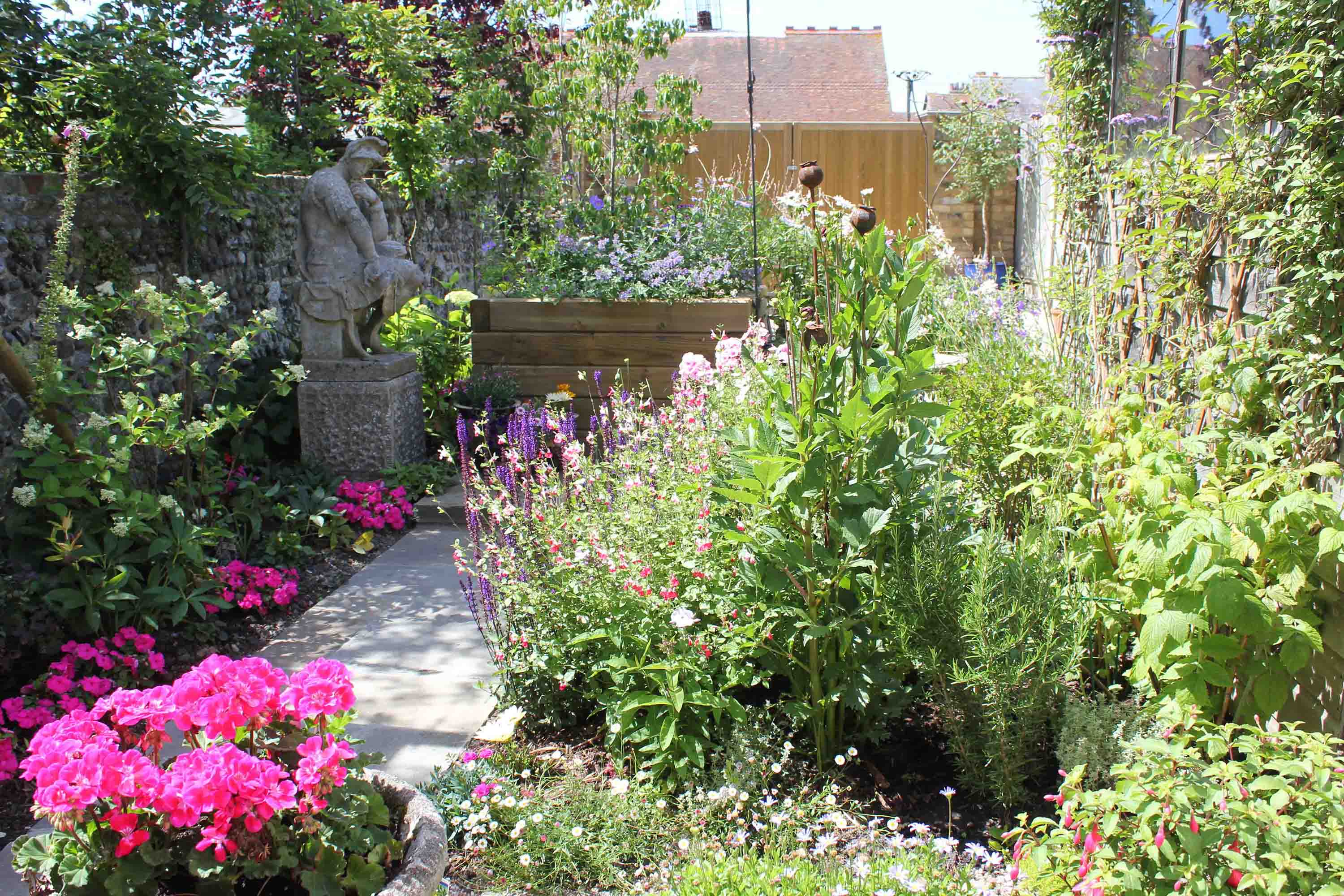