Canterbury College Arts department have designed and built a giant spider using jacksons timber offcuts - see how they did it.

One enormous arachnid has been spotted in Canterbury in the vicinity of the college in New Dover Road. Witnesses say its legs at their highest point are taller than an average human, with the body several metres in length, this is one monster of a spider!

So what is going on…is it the attack of the giant spiders? Or is it a cunningly devised project to encourage students to work collectively to create this monster of a masterpiece - the Scrapwood Spider!

The Jacksons Marketing team were invited along to see the spider and meet the students at Canterbury College by tutor of Level 3 Art and Design, Clive Soord.

There’s a bit of history between Jacksons and the college; last year as part of the celebrations for the company’s 65th Anniversary they ran a design competition for students, with the winners being invited to Jacksons HQ to receive their prizes and participate in a tour of the company’s manufacturing workshops. Since then, other student groups from the college have visited and it was on one of these visits that Clive and his students noticed a pile of timber off cuts and so began a creative process. After asking if they might have the timber to use in a project, Jacksons agreed. 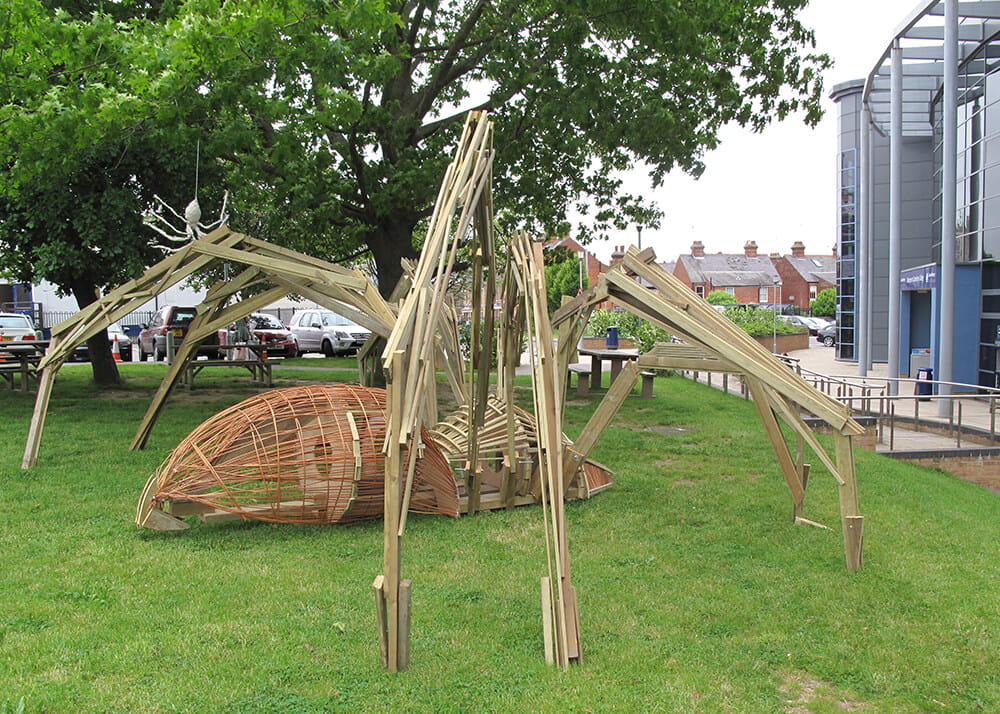 The project’s aim was to encourage the team of students to collaborate on an idea that was arrived at collectively, and to use the materials to describe a form with curves in space, rather than to carve a form out of the materials.

It could be that some of the pieces and shapes of wood inspired the finished form of the spider, following the tradition of “Objets trouvé”* but when the students were asked who came up with the idea to build the spider they answered, “We all did.”

They proceeded to explain which student built which leg and showed the team the clever use of metal cans modified with string coatings to detail the spider’s head, and the use of wicker for the abdomen. Apparently this is a female spider and if you look closer at the Canterbury College Spider, you will spot her much smaller mate dangling from the tree above her, probably trying to stay out of her way and not get eaten!

However this came about it is a striking Scrapwood spider and has a real presence occupying the area of lawn outside the main college building. This is a creative collective triumph and considering it’s made from mainly Jacksons timber, which has been specially pressure treated it could be around for a good few years to come. We will be looking forward to see what next years' students make with our donation of offcuts. 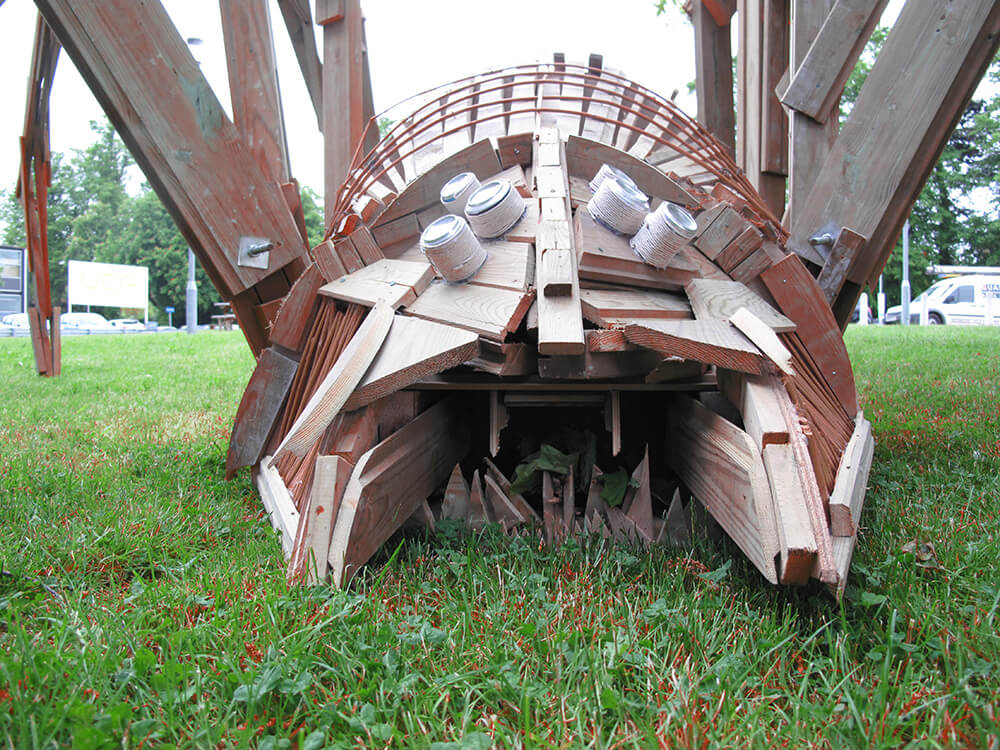 With thanks to Clive Soord and the students that made the Scrapwood Spider:

*Found object originates from the French objet trouvé, describing art created from undisguised, but often modified, objects or products that are not normally considered art, often because they already have a non-art function.